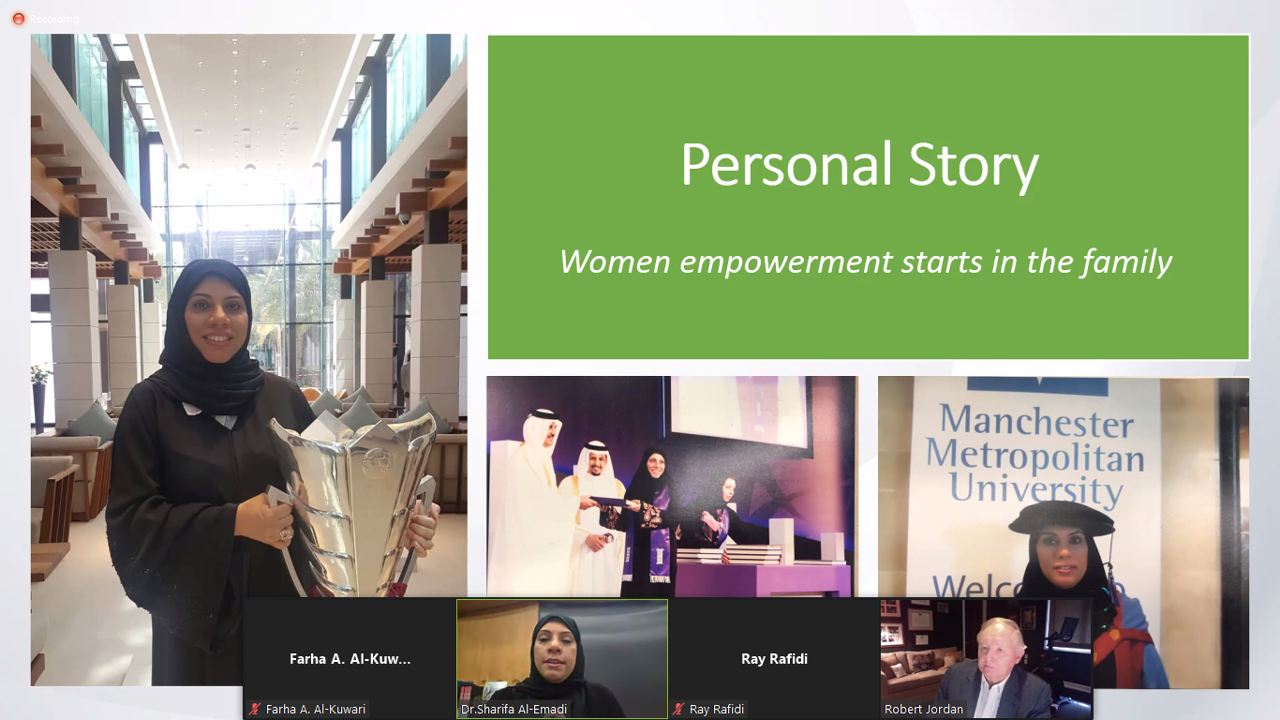 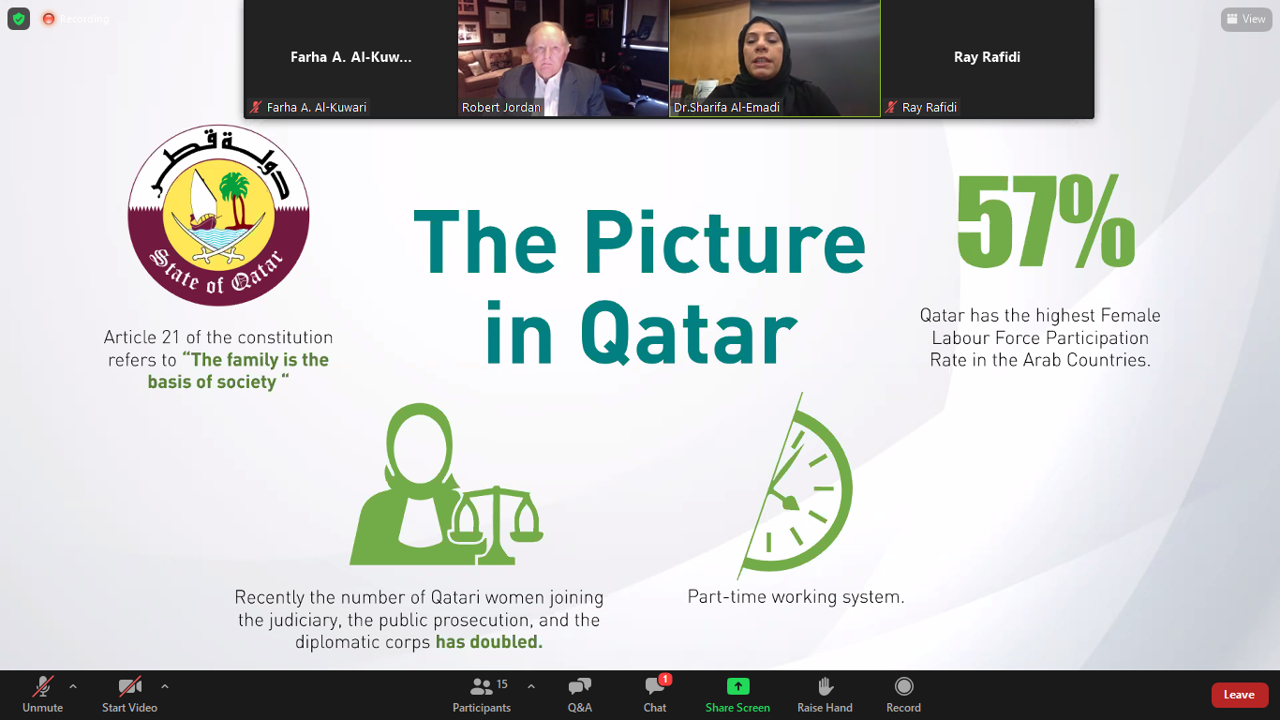 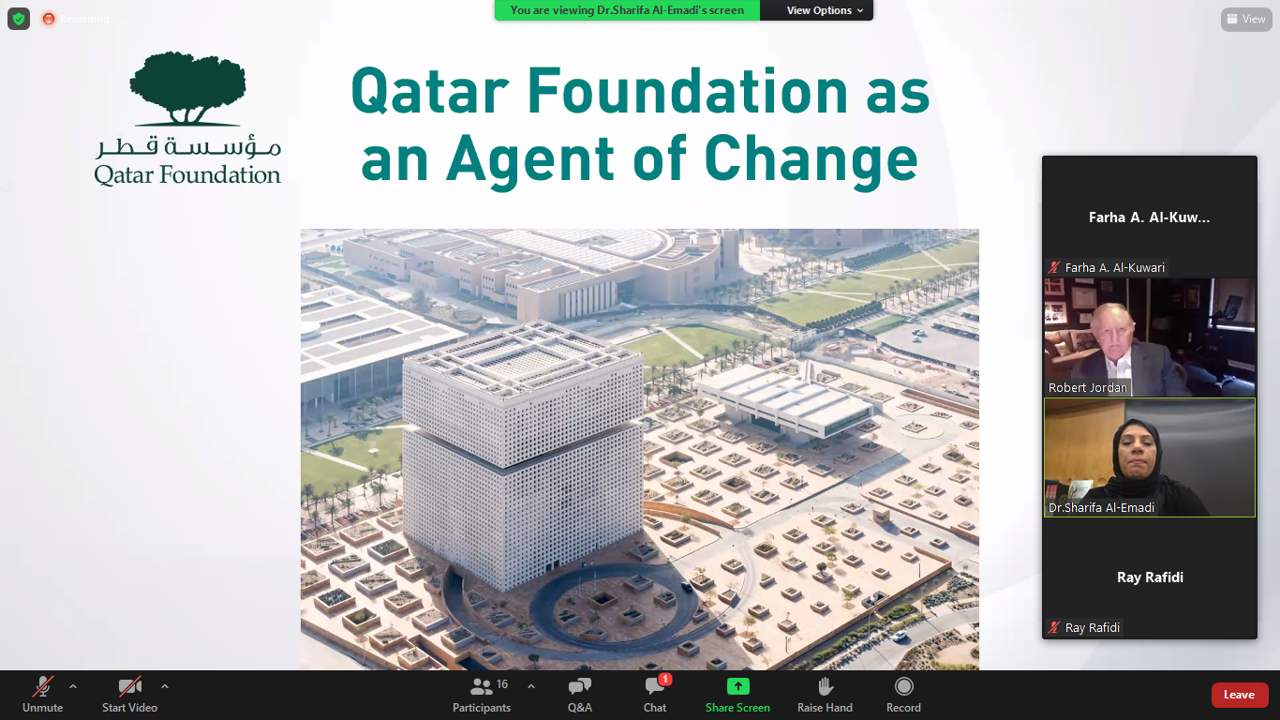 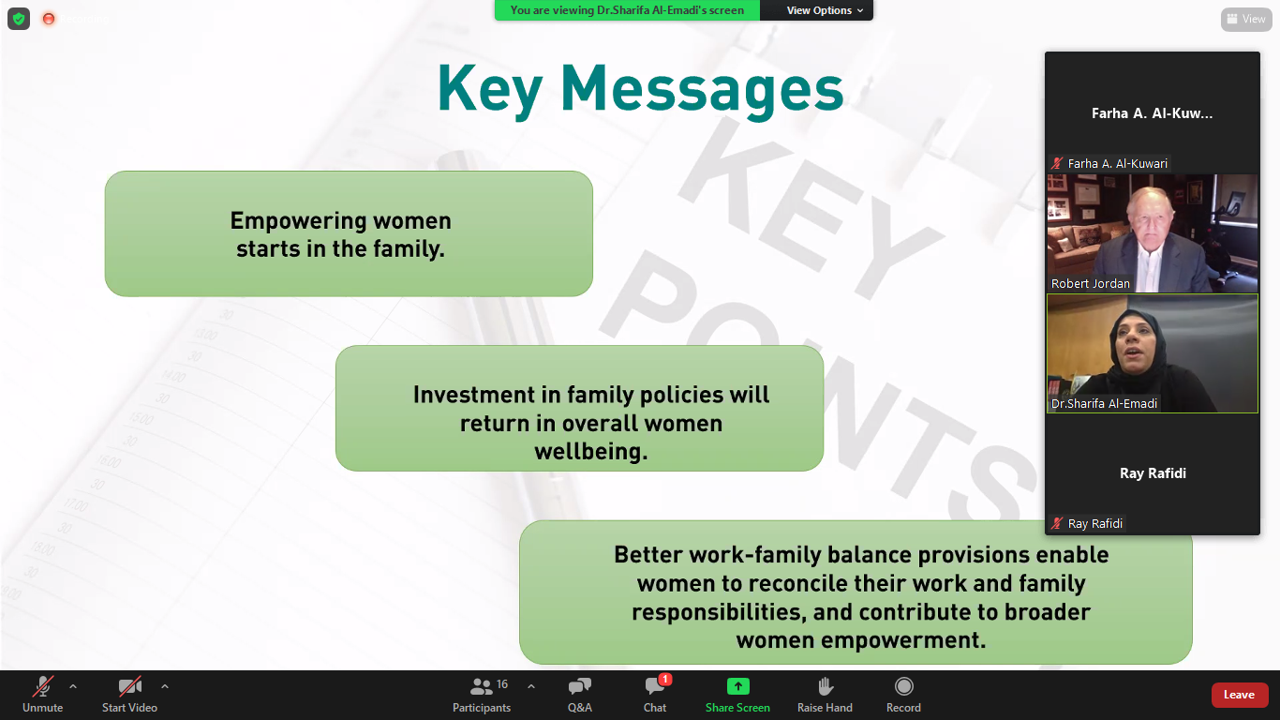 The Doha International Family Institute (DIFI) – a member of Qatar Foundation (QF) – underlined the double importance of seeing the empowerment of women both in the home and in the workplace during a major international online discussion session.

DIFI’s Executive Director, Dr. Sharifa Noaman Al Emadi, addressed the gathering which was organized by Southern Methodist University (SMU) Dedman College of Humanities & Sciences which is based in the United States city of Dallas.

Dr. Al Emadi emphasized the key leadership roles that continue to be played by two prominent women in Qatar – Her Highness Sheikha Moza bint Nasser, the Chairperson of QF, and Her Excellency Sheikha Hind bint Hamad Al Thani, the Vice-Chairperson and Chief Executive Officer of QF. Both women through their key work with QF, Dr. Al Emadi argued, have encouraged Qatari and Arab women in general, to continue to pursue their ambitions beyond the traditional wife and mother role assigned to women over the centuries.

Dr. Al Emadi also highlighted how the adoption of more family-friendly policies in QF has helped to significantly improve the way women now live their lives. Providing peace of mind for Qatari women who can now readily enjoy both their domestic duties and simultaneously enter the labor market easier than in the past has been pivotal for them, Dr. Al Emadi told the session.

In addition, DIFI’s Executive Director underscored how among fellow Arab nations, Qatar is a leading light in empowering women. The State has the highest rate of female participation in the labor force while women are now figuring highly in roles such as the judiciary, public prosecution and diplomatic corps, Dr. Al Emadi pointed out to the gathering. 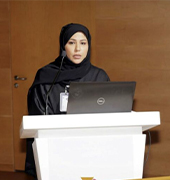 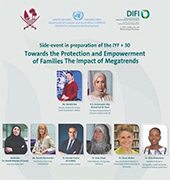 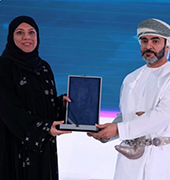