Empowering Families: A Pathway to Development

Aimed to commemorate the 20th Anniversary of the International Year of the Family.

The Doha International Family Institute (DIFI), a member of Qatar Foundation, organized a conference on “Empowering Families: A Pathway to Development ’’ on the 16th and 17th April 2014 in Doha, Qatar, as part of the commemoration of the twentieth anniversary of the International Year of the Family, 2014.

The conference took place in response to several United Nations’ General Assembly and Economic and Social Council resolutions on the follow-up to the International Year of the Family (IYF), 1994.

The member states of the United Nations proclaimed 1994 as the International Year of the Family, recognizing the role and the contributions made by families in the overall development. The objectives of the year and its follow up process and observances seek to stimulate efforts at levels to benefit families. In this regard the upcoming 20th anniversary offers another opportunity to refocus on the role of families in development and take stock of the challenges faced by them and recommend the way forward.

The resolution of the United Nations’ General Assembly A/Res/67/142 as well as the recent ECOSOC resolution on ‘’the preparations and observance of the twentieth anniversary of the International Year of the family ‘’ encouraged member States, regional organizations, NGOs and academic institutions to support as appropriate the preparations of regional meeting in observance of the 20th anniversary of the IYF.

The United Nations General Assembly and ECOSOC through the Commission on Social Development, encouraged governments to make every possible effort to integrate a family perspective into national policy making.

The 2014 Doha conference was nongovernmental gathering which constituted a global platform for discussion and debate where policymakers, NGOs, experts, academics and other relevant stakeholders from all around the world shared their views and experiences regarding the centrality of the family and its role in the society. It stressed on the need to strengthen and empower the family as an institution to cope with the challenges in this time of economic crisis and political turmoil. It also provided an opportunity to highlight the important role of the family as an active agent in overall development.

During two days, the conference touched upon the significance and the vitality of the families for healthy societies. In this context, the advantages and disadvantages of the modern family institution across different regions were examined using multiple lenses, the identification of further actions, including the incorporation of effective family policies into national development strategies and the use of research related to family issues.

The 2014 Doha conference was a forward looking gathering that aimed to provide guidance and recommendations to institutions at all levels and seeked to influence family policies with evidence based research. 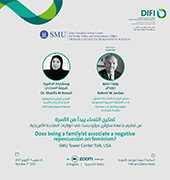 Does being a famlyist associate negative repercussions on feminism 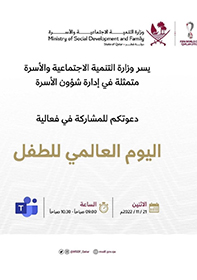 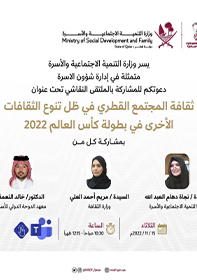